Mixer, as a platform, will be coming to close this month on July 22, 2020. The news of this is still pretty fresh, as it was only announced one month prior (June 22). This news threw most content creators who called Mixer home into shock! Let me back track for you though. The weekend that preceded June 22, 2020 was an emotional one. Stories of content creators and sexually inappropriate behavior began flooding timelines on Twitter. Multiple allegations piled up and lists of over 20 content creators began circulating. Mixer was home to a LARGE amount of people who were called out. In the midst of people reliving painful and embarrassing experiences as they shared their stories online with thousands of strangers, many people called on Mixer to do something. People wanted something - Anything from mixer. We all impatiently waited for an official statement from Mixer on the allegations that were presented. Nothing. Not a single statement was made. There was a response made to a  terrible story that went viral, but there was no direct response from Mixer.
Their competitor, Twitch, came out with a statement publicly the same day these allegations came up. So, in a form of protest, myself and many other creators decided not to stream on Mixer until they addressed the issue and came up with some sort of action to take. The following day, Monday, June 22, 2020 I setup my stream for Twitch and was in the middle of broadcasting when I was told about mixer closing. I was completely confused. We were all waiting to hear what Mixer planned to do about sexual predators on its platform...no one expected them to just close! The worst part about it? They never addressed a single sexual misconduct allegation. They simply passed the buck to who else, but Facebook.
I think that deep down, a lot of people knew that Mixer wouldn't last.  I think we knew, but wanted to keep hope alive that somehow Mixer would be able to pull through and pull its weight in the streaming world. After all, they bought Shroud and Ninja over to the platform..surely that did something? But an honest look at Live Streaming Market Share shows 100% that Mixer wasn't doing good. Nor had it been doing good for some time.... 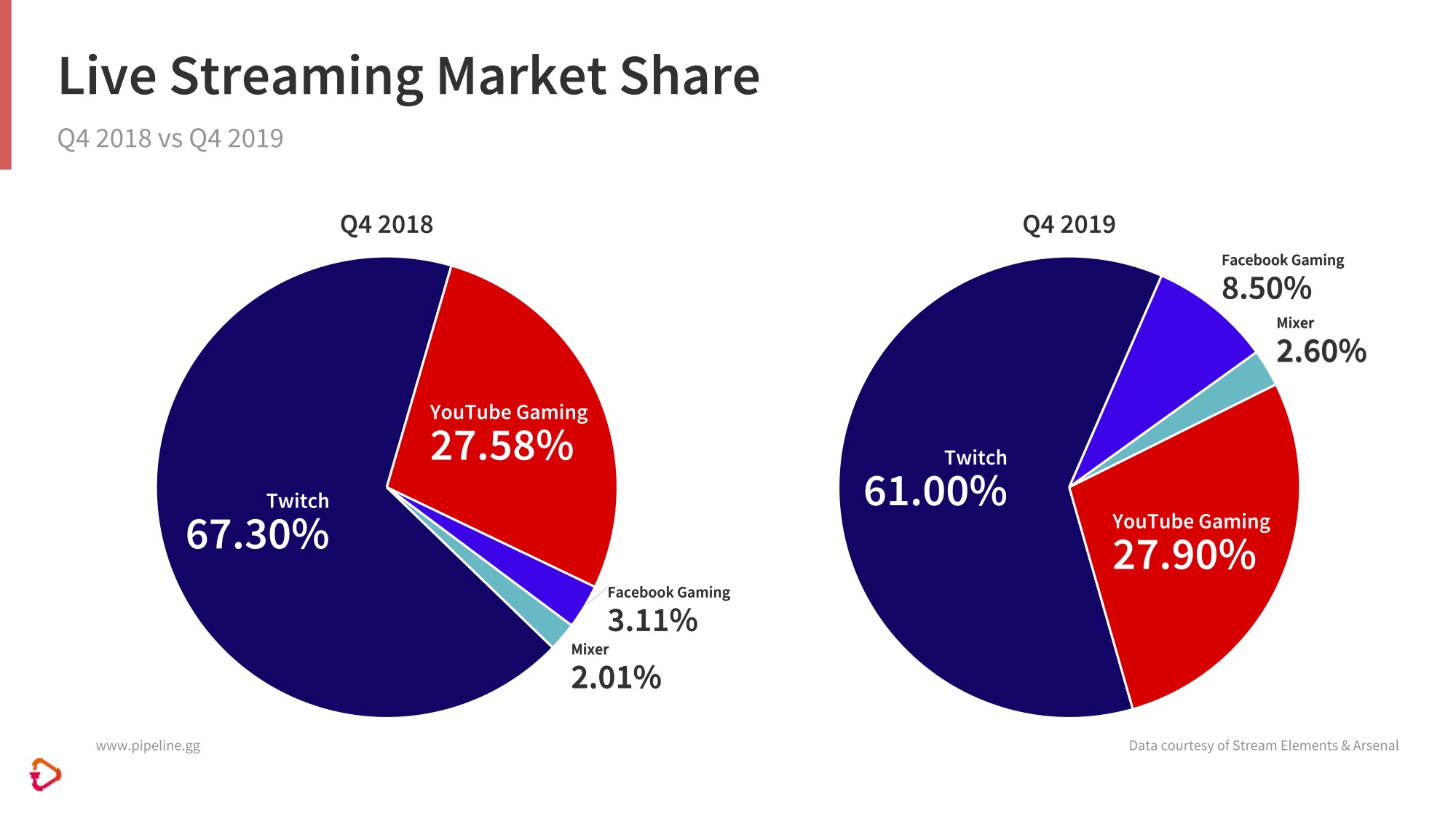 The above Graphs show the 4th quarter for 2018 & 2019 as well as Q1 2020....While Twitch remains the vast majority, there are two things that stand out. First is that Mixer stayed at 2% STAYED at 2%!!! and that Facebook Gaming jumped. It went from 3%-8%-11% and apparently shows no signs of slowing down. Mixer is/was owned by Microsoft. Once Mixer closes down for good, Microsoft will be partnering with Facebook Gaming. For creators who were partnered on Mixer, they are granting partnership. But a lot of people (that I've seen) have been going back to Twitch. For many of us, this was where we first started our streaming journey. Some of us were fortunate enough to retain Affiliate status, which allows us the opportunity to monetize our channels. An affiliate status was something that Mixer never offered its creators. I think that those in charge at Mixer knew that shutting down was a long time coming and unfortunately the weekend that those many, many allegations came forward, that was the nail in the coffin for Mixer and the higher ups knew it. Rather than dealing with the issue, they decided it was the better time for them to cash out. That's not right. A platform that so many people thought was different. A platform that always talked about diversity, inclusion and acceptance refused to take accountability and responsibility for the actions of some of the people they let represent them. In addition to that slap in the face, creators were given 1 month. A single month to pickup and move to a new platform and hope that their community comes with them. so many people were left feeling resentment, anger and fear because Mixer was their home. They were given an eviction notice basically. Although I wasn't a partner on Mixer, I still put my blood, sweat and tears into my channel on Mixer. The first thing I thought of was where should I go? I decided to go back to twitch where I was still affiliated.
Going back to Twitch is a bittersweet event. On one hand, there's a vague familiarity because that's where I started. It wasn't a completely foreign concept although there have been a TON of changes and updates in the year I was away. But there were also a few other things, logistically, that made it stressful. My streaming software, my settings, my chat bots - everything was enabled for Mixer, so the first thing I had to do was move all of my commands (there are over 30 of them) one by one.......THEN I needed to find good settings for my stream on a platform that didn't offer as low a latency as Mixer (RIP FTL, i wish Twitch had that).
The biggest struggle for me personally has been viewership and community (or, should I say the lack thereof). I thought I built a community on Mixer. I was wrong. The majority of the people, regulars, moderators and people in between, were not actual community members. They came around on occasion but they weren't invested in me, they weren't invested in my stream, they didn't actually participate in building the stream up or being active in my community. The vast majority of them don't care. The reality of things, was that it was pretty obvious but I couldn't see it. So when I started back on Twitch, I expected to see a lot of familiar faces, but I didn't. This initially upset me, because i didn't realize that i hadn't built an actual community. Then I began feeling depressed. I realized how important I was not. I realized how little I actually meant in the streaming scheme of things. To be completely honest, this is a feeling that I fight myself about every day that I stream. I am starting essentially back at zero. Maybe that's not a bad thing though. Maybe this is the opportunity to begin building the community that I actually want. This is going to be a difficult  time, but I am working on different avenues to be successful. I'm trying first and foremost NOT to compare my journey with anyone else's because that is a depression trap and I'm already there, I don't need anything adding to my depression. I'll be updating this blog more frequently with a lot of different topics, but one that I will absolutely document thoroughly on here is my streaming journey. Rebuilding back from zero.

My time on Mixer has taught me a lot about running a business, marketing, being social, being comfortable in my own skin, and learning (constantly learning) about myself as a person and a creator. I'm going to take the lessons learned and apply them to my streams on Twitch. I will never stop learning, I will never stop setting goals, I will never stop creating. Thank you Mixer, for all of the great people I've gotten to know, the great experiences I've had and the lessons I've learned. I will always remember my time there, and I will alway be grateful for the opportunity to stream there. 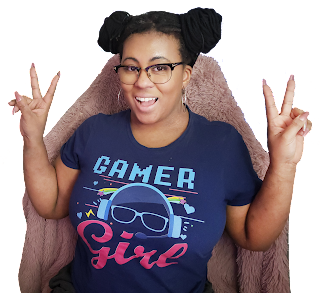 Hey you! I'm Von, and I'm a transplant to the New York area! Not only am I a blogger, I'm also a YouTuber and a Live Streamer! I live for Cosplay, Art, Movies and  Nerd Culture!

To find out more about me, please stop by my ABOUT ME page!
Labels: personal streaming

Hell For an Introvert